The opening two lines of this song were written by David Adshead, a former band-mate of David Singleton – although when Adshead was sent a finished copy of the album and told of his credit, he couldn’t recall writing it. David Singleton used this long-forgotten incomplete fragment to write the rest of the song.

The idea behind the arrangement, with guitar by Horacio Pozzo, and brass by owes something to “Blue, Red and Grey” by The Who (ukulele and brass band), given a Vicarious twist.

David Scott, who sings Childhood Days, recorded a vocal for this song, but, as with “Inside My Head”, the one used on the album is the original guide vocal by David Singleton. A whimsical way to close Songbook#1. 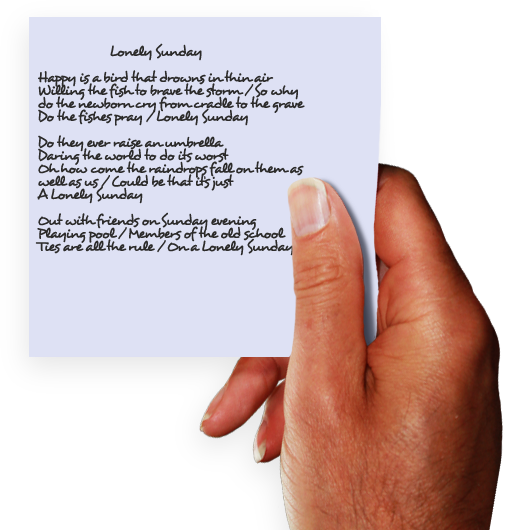